Entertainment Alliance provides some of the most Incredible and Creative Caricature Artists in the DFW area. 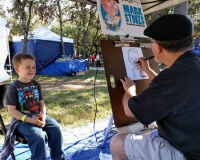 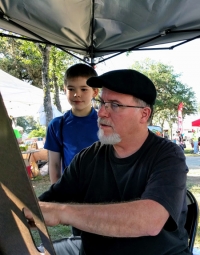 Mark is no doubt one of the best cartoon caricature artists around. He can do between 12 to 15 people per hour. He does corporate/private events, fairs, festival, grand openings, and etc.

Matthew better known as Matty is one of a kind caricature artist. He does strolling caricatures by moving his cart to different areas of the event which is great for fairs and festivals. However, Matty performs for all type of events. Most people seems to like his style because he is so unique. His caricatures are cartoon style caricatures with similarity of the participant. 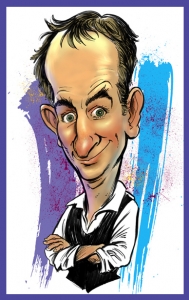 Benjamin, (almost) a Texas native, is a freelance illustrator based in Dallas. He began his career as a caricature artist at the age of 17 when he worked at Six Flags Over Texas one summer. After his gig at Six Flags he traveled through Europe for six months and spent two months sketching at the Louvre in Paris. Upon returning to the United States he spent a summer drawing caricatures along the River Walk in San Antonio, Texas. He then entered college and received a Bachelor of Arts in Illustration from Art Center College of Design in Pasadena, California. He currently illustrates for magazines and advertising agencies, does vision drawings for corporations, paints murals and portraits, is a well-known caricature artist, and enjoys illustrating children’s books as well as books for teens and young adults.

Joel was born in Puerto Rico in 1979. His life was turned around when his mother made him an animated flip book of a stick figure running over a fence. Since then, Joel has been interested in illustration and pursues his passion till this very day. In 2002 Joel graduated with a degree in art, and has since then has been working in Fort Hood, TX. His favorite artists are Milt Kahl, Ward Kimball, Rolly Crump, and Tony Fucile.

Kay is native of Dallas who has been drawing since an early age. After college, she spent 30 years as a fashion illustrator, and now works in the children’s educational market.  Kay also is a commissioned portrait artist and active in various watercolor groups….her caricature work is cartoony with a healthy dose of realism blended in.